A key objective of the LMU Chair for the Ancient History of the Near and Middle East (held by Karen Radner) is the promotion of the Digital Assyriology and easily-accessible, open-access data in order to widely disseminate, facilitate, and promote the active use and understanding of official inscriptions, literary compositions, and archival texts of the Middle East in Antiquity, with a special focus on the sources of ancient Mesopotamia (written in the cuneiform script and in the Akkadian and Sumerian languages), in academia and beyond. Headed by Radner and Jamie Novotny, and in collaboration with LMU’s Institute for Assyriology and Hittitology, the MOCCI research staff seeks to provide specialist and non-specialist users with easy access to the important and varied contents of numerous geo-referenced and linguistically-annotated editions of ancient records, primarily from the first millennium BC. Building upon the successes of MOCCI’s first five years (August 2015-December 2020), the team continues to make accessible and understandable many of the rich primary sources of Assyria, Babylonia, and their contemporaries (e.g., the eastern Anatolian kingdom of Urartu) in a free, online, fully searchable and richly annotated (lemmatized) format.

An overview of MOCCI’s activities and objectives is given in Radner and Novotny’s paper "Official Inscriptions of the Middle East in Antiquity: Online Text Corpora and Map Interface" in De Santis, Annamaria & Rossi, Irene (eds.) 2018, Crossing Experiences in Digital Epigraphy. From Practice to Discipline (Warsaw: De Gruyter Open), pp. 141-154.

During MOCCI’s initial five years — during which we were generously supported by the Alexander von Humboldt Foundation (through the establishment of the Alexander von Humboldt Chair for Ancient History of the Near and Middle East for Radner) and Ludwig-Maximilians-Universität München (Historisches Seminar - Abteilung Alte Geschichte) — our work focused on compiling two principal digital text corpora, as well as creating an interactive map interface:

(1) The Official Inscriptions of the Middle East in Antiquity (OIMEA) corpus includes several sub-corpora that are directly or indirectly managed by various members of our team, in particular Alexa Bartelmus (2015-16), Nathan Morello (2016-20), Novotny, and Frauke Weiershäuser (2016-). In addition to Akkadian and Sumerian texts, OIMEA presently includes corpora of official inscriptions written in Old Persian and Urartian. The principal OIMEA projects, which currently include 2,935 inscriptions in various forms of the cuneiform script, are:

While our own work focuses on cuneiform sources of the second and especially first millennium BC, we are keen to explore ways to expand OIMEA in order to also include contemporary texts written in other scripts, in particular alphabetic Aramaic and Phoenician, as well as hieroglyphic Luwian.

(a) The Royal Inscriptions of Assyria online (RIAo) corpus includes updated and annotated editions of nearly every known Assyrian inscription (1713 texts) from the end of the third millennium BC to the end of the Empire in the late 7th century BC, as well as many detailed informational pages that are intended to provide historical and cultural context for these important ancient sources. The initial goal of RIAo was the retro-digitization and lemmatization (linguistic-tagging) of the 866 inscriptions published in three volumes by A. Kirk Grayson for the now-defunct, Toronto-based Royal Inscriptions of Mesopotamia (RIM) Project, as well as the creation of user-friendly webpages providing information about Assyria’s 116 rulers and the inscriptions written in their names, giving relevant historical, cultural, and archaeological context to these important ancient sources. For the material post-745 BC, we closely cooperate with the University-of-Pennsylvania-based Royal Inscriptions of the Neo-Assyrian Period (RINAP) Project (directed by Grant Frame), for which Novotny is currently preparing new, online editions of the royal inscriptions of Assyria’s last great king Ashurbanipal and his lesser-known successors (668-612 BC). Part 1 (prepared in collaboration with Joshua Jeffers [University of Pennsylvania]) was completed in 2018 while Parts 2 and 3 are still in preparation and are expected to be published in 2021 and 2022 respectively. The 827 official inscriptions published by the RINAP Project between 2011 and 2020, including the recently-published texts of Sargon II (r. 721-705 BC) by Frame (November, 2020), are incorporated in the open-access RIAo corpus. At present, only 189 inscriptions of Ashurbanipal – texts that will be published in 2021 – remain to be added to RIAo. Phase 1 of RIAo, which was principally carried out by Morello, was completed in December 2020. Phase 2 constitutes part of our short- and mid-term objectives (see below). 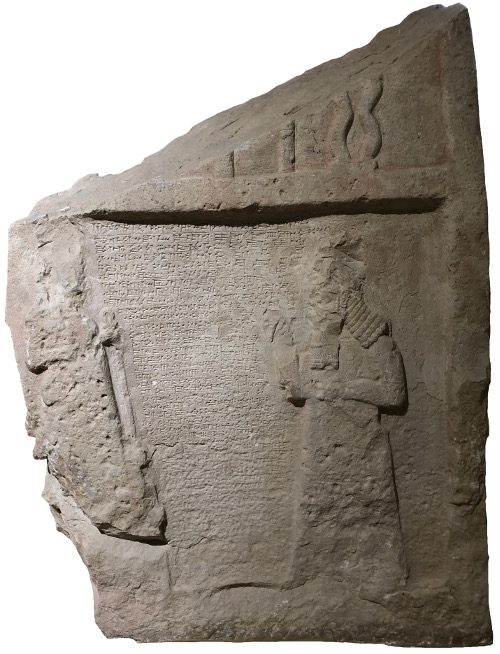 (c) The Inscriptions of Suhu online corpus contains lemmatized transliterations and searchable English translations of the known official inscriptions of the rulers of Suhu, a small, but powerful, kingdom of the early first millennium BC on the Middle Euphrates, as well as resources and materials for these texts’ study. This small corpus contains linguistically-tagged editions of thirty-three Akkadian texts published by Frame for the RIM Project in 1995, and its creation served as an early case study for the newly constituted MOCCI team. Its compilation was completed in 2016 by Bartelmus and Novotny.

(d) The Electronic Corpus of Urartian Texts (eCUT) corpus makes the written sources of the mighty mountain kingdom of Urartu available online by providing editions of these cuneiform texts accompanied with English and Italian translations. In addition, a range of user-friendly webpages present key information about this fierce rival of the Assyrian Empire that, in the early first millennium BC, controlled the highlands of what is today Turkey, Iran and Armenia from its capital city of Ṭušpa on the eastern shore of Lake Van. The lemmatized editions of 742 Urartian texts are based on the five-volume Corpus dei testi urartei (CTU I-V, 2008-2018) written by Mirjo Salvini (Rome), who not only kindly provided us with electronic files of the material but also acted as eCUT’s principal advisor. Birgit Christiansen (2016-2020) was the main content contributor and she adapted, revised, annotated (lemmatized) and translated into English the Urartian inscriptions edited in Salvini’s CTU I-V. eCUT was completed in August 2020.

(e) The Achaemenid Royal Inscriptions online (ARIo) corpus contains all known Old Persian cuneiform inscriptions. From 2016 to 2018, Henry Heitmann-Gordon (2016-18 & 2020) retro-digitized and lemmatized (linguistic-tagged) the Old Persian inscriptions published in Die altpersischen Inschriften der Achaimeniden by Rüdiger Schmitt (2009). Digital heritage data of additional texts in the Akkadian and Elamite languages was kindly provided by Matt Stolper (Chicago). ARIo also includes informational webpages on the rulers of the Persian Empire, as well as on some on the inscriptions themselves. Work on this project is still on-going; in the mid-term, we aim to improve and expand the annotated editions of the inscriptions composed in Akkadian and Elamite.

(2) The Archival Texts of the Middle East in Antiquity (ATMEA) corpus is an umbrella corpus that presently consists of the Archival Texts of the Assyrian Empire (ATAE) corpus. ATAE brings together editions and translations of archival texts from numerous sites within the Assyrian Empire with the much expanded and updated version of the State Archives of Assyria online (SAAo) corpus, which had been initiated in 2007 by Radner at University College London with heritage data provided by Simo Parpola (Helsinki). Between August 2015, when SAAo became part of MOCCI at LMU Munich, and August 2020, Mikko Luukko (2016-19) and Morello (2016-20) lemmatized the thirteen published SAA volumes that had not yet been linguistically tagged, totaling 2211 Neo-Assyrian texts including state letters and the royal correspondence with scholarly advisors, loyalty oaths and treaties (such as Esarhaddon’s Succession Treaty and his treaty with the Phoenician city-state of Tyre), and extispicy and astrological reports. The MOCCI team thus completed the retro-digitization and annotating phases of SAAo for all published volumes of the State Archives of Assyria (SAA) series; one further volume of 173 letters will be included as soon as it appears. In addition, the MOCCI team created web versions of the introductions to the SAA print volumes, as well as expanded and improved the corpus' catalogue metadata. As of 2020, the introductions to SAA 1-6, 8, 12-13, 17-18, and 20-21, as well as of the companion volume State Archives of Assyria Studies (SAAS) 2, have been converted to a searchable, open-access HTML format. The introductions to the remaining SAA volumes will be converted over the course of 2021, as the MOCCI team continues to expand and improve SAAo. The 5058 texts currently included in SAAo provide the bulk of MOCCI’s in-progress Archival Texts of the Assyrian Empire (ATAE) corpus, a corpus-building project that is actively expanding the Nineveh-focused SAAo corpus by adding annotated editions of archival texts not only discovered at the principal Assyrian cities Assur (Qalat Sherqat) and Kalhu (Nimrud; biblical Calah), but also in provincial capitals such as Guzana (Tell Halaf), Marqasu (Kahramanmaraş), Sam'al (Zinçirli), Til-Barsip (Tell Ahmar), and Tušhan (Ziyaret Tepe) as well as provincial cities including Burmarina (Tell Shiukh Fawqani), Dur-Katlimmu (Tell Sheikh Hamad), Huzirina (Sultantepe), Imgur-Enlil (Balawat), Ma'allanate (unidentified), and Šibaniba (Tell Billa). In early 2021, ATAE was restructured and greatly expanded by adding numerous new texts and by creating sub-projects for the above-mentioned fourteen cities where Neo-Assyrian archival texts were discovered. As of April 2021, the ATAE corpus comprises ca. 7,150 Neo-Assyrian archival texts from sixteen different sites and seventy-six different archival contexts. Over the course of 2021, the sources from Assur, Guzana, Kalhu, and Ma'allanate will be linguistically tagged and translated into English (if the text does not already have an English translation). Work on ATAE is presently being carried out by Mary Frazer (2021–), Luukko (2021–), Novotny, Radner, Poppy Tushingham (2017–), Weiershäuser (2021–), with contributions by numerous other scholars. Work on this project is on-going and will continue as one of MOCCI’s short- and mid-term projects. 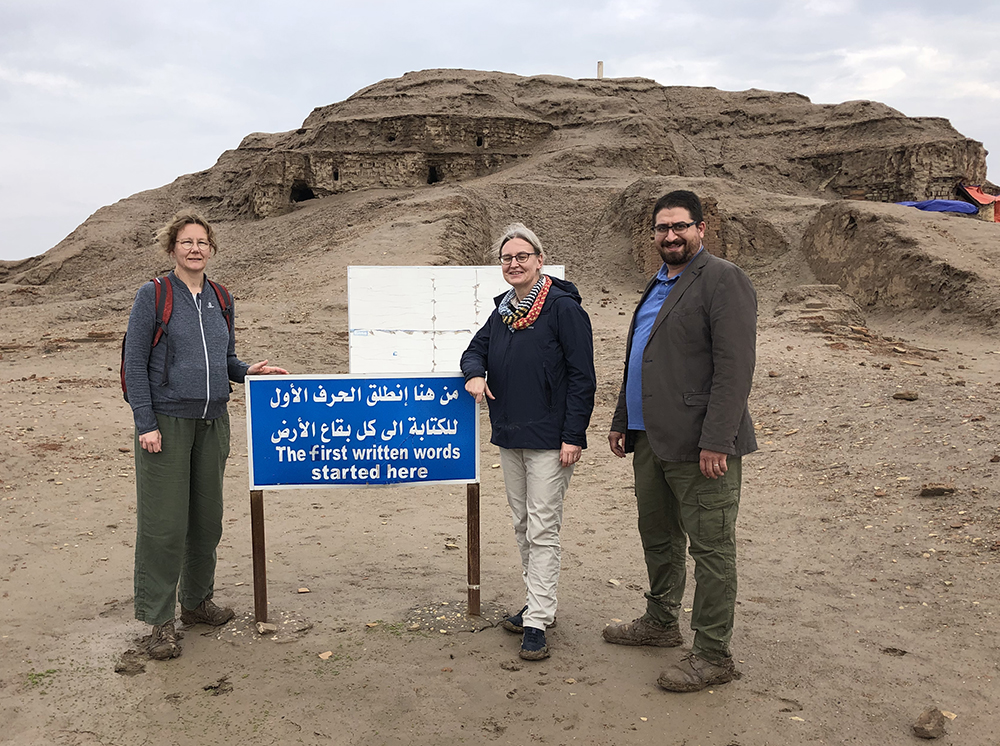 In addition, RIBo, SAAo, and ATAE will be expanded. Two new sub-projects will be added to RIBo: one containing the inscriptions of the kings of Agade (2334-2113 BC) and another with those of the First Dynasty of Babylon (1950-1595 BC). Additional ATAE sub-projects will be made public, starting with the texts from Assur published by Radner in 1999 and 2016, and then the provincial archives of Burmarina, Dur-Katlimmu, Ma'allanate, Til-Barsip, and Tušhan.

Once all scheduled RINAP and RINBE volume have been published, we plan to focus on a new, multi-year project that will update and expand the material published by A. Kirk Grayson between 1987 and 1996 for the Toronto-based Royal Inscriptions of Mesopotamia project and on MOCCI’s RIAo corpus of editions of Assyrian inscriptions composed before 745 BC. The planned Royal Inscriptions of Assyria (RIA) publication series will produce five print volumes and also include updating and expanding the open-access and linguistically-tagged contents of RIAo. We have already agreed cooperation with Grayson (Toronto) and Frame (Philadelphia).