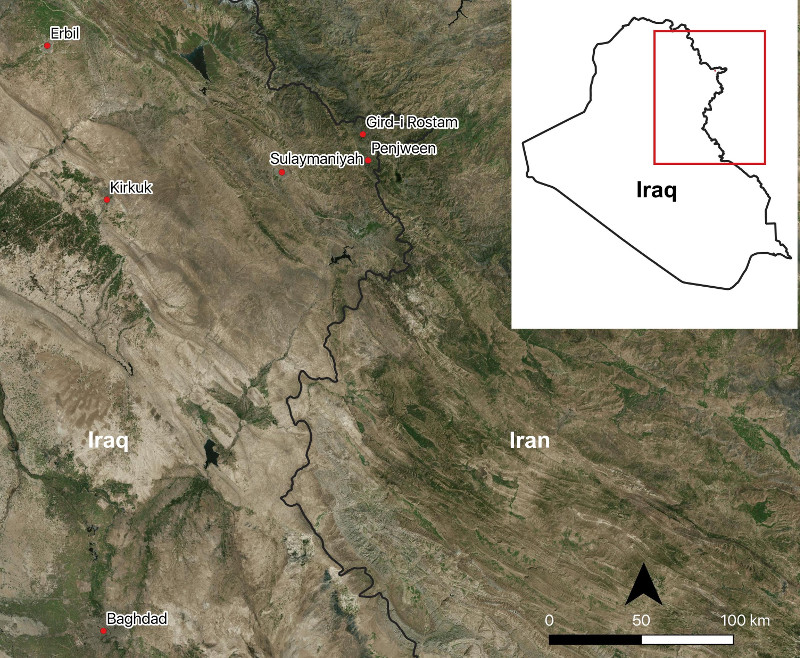 It lies in a high plain called Dasht-i Bazargan, at an elevation of approximately 1200 m above sea level, close to the Shiller (also spelled Shalar) river, a tributary of the Lesser Zab, which bisects the plain in an east-to-west direction. The main centre of the region is Penjween, located about 14 km south of Gird-i Rostam. Claudius Rich visited the nearby hilltop site of Qale Bistan, from which he looked down on ‘Rustum’s Mount’ in 1820, but it was not until 1959 that Kamal Mansur and Tariq Madhloom (Directorate of Antiquities, Baghdad) visited the site and noted the presence of sherds which they dated to the Uruk and Old Babylonian/Isin-Larsa periods.

Despite the extensive archaeological work carried out in the Sulaymaniyah region during the past two decades, the area of Penjween remained largely unexplored, remaining an archaeological terra incognita. Gird-i Rostam was brought to the attention of the Directorate of Antiquities in the Governate of Sulaimaniyah in 2016, when Kamal Rasheed, Director of the Board of Antiquities and Heritage in Sulaymaniyah, suggested to Prof. Karen Radner (LMU, Munich) that she consider investigating it. Subsequently, two visits were made to the site in May and August 2017, by Prof. Karen Radner, Prof. D.T. Potts (Institute for the Study of the Ancient World, New York University; hereafter NYU), Dr. Andrea Squitieri (LMU, Munich) and Mr. Amanj Ameen, and the site and its environs were mapped by drone (Figs. 2, 3, 4). Thereafter, the idea arose that NYU and LMU should join forces to conduct excavations at the site, and an initial season of excavation at Gird-i Rostam was conducted from June 28th to July 24th, 2018, under the auspices of the Directorate of Antiquities of Sulaymaniyah. 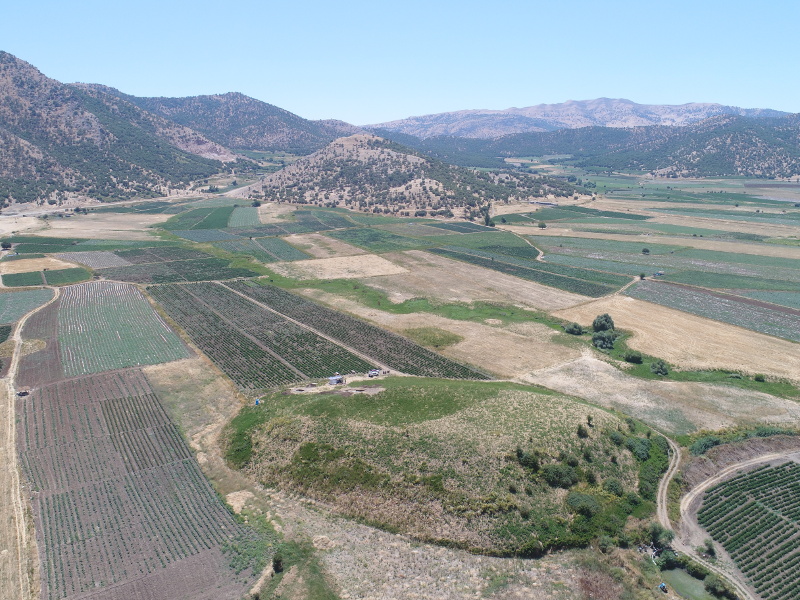 Fig.3: Drone photo taken from the east showing Gird-i Rostam in the foreground and Qale Bistan in the background. 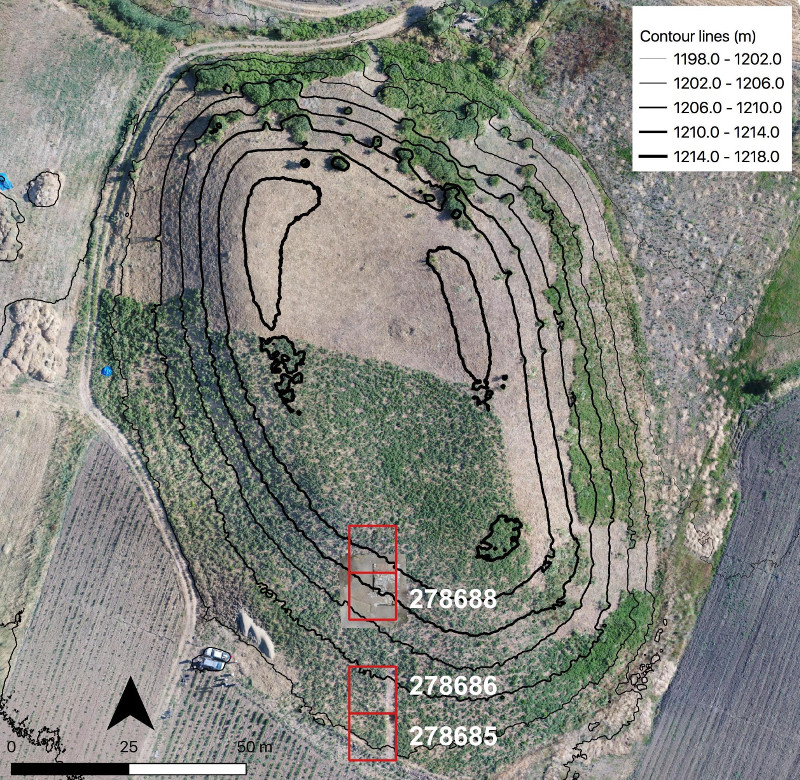 Fig.4: Orthophoto of Gird-i Rostam with contour lines and the excavation grid (in red). The numbers refer to the square numbers.

Summary of the 2018 excavation results

Details of the results of the 2018 excavation season have been published in:

Below is a summary of these results:

The most important find from this sounding was an inscribed pottery sherd of a carinated bowl that came from a fill adjacent to the wall. The sherd (GIR 278688:010:005; Fig. 6) bears a fragmentary cuneiform inscription in Akkadian language and Neo-Assyrian script:

Such drinking bowls were common during the later 8th and 7th centuries BC throughout the Assyrian Empire and were reserved for wine, then a high-status drink. In particular, these vessels were used to drink wine during ceremonial occasions, such as when banqueting as part of the conclusion of a treaty with the king of Assyria, the imperial power of that age. The inscriptions they bear, when inscribed, often mention their owners by name and / or title, as may be the case here. Many Assyrian-period names contain the divine element Adad, the name of the weather god, e.g. personal names such as Rim- Adad, (‘Beloved by the god Adad’) or Adad-remanni (‘O Adad, have mercy on me’), or toponyms such as Dur-Adad-remanni “Fortress of Adad-remanni”; the latter is a place located in the region of Gird-I Rostam and it is therefore a distinct possibility that it is mentioned in this inscription. A study by Karen Radner is forthcoming.

Summary of the 2019 excavation results 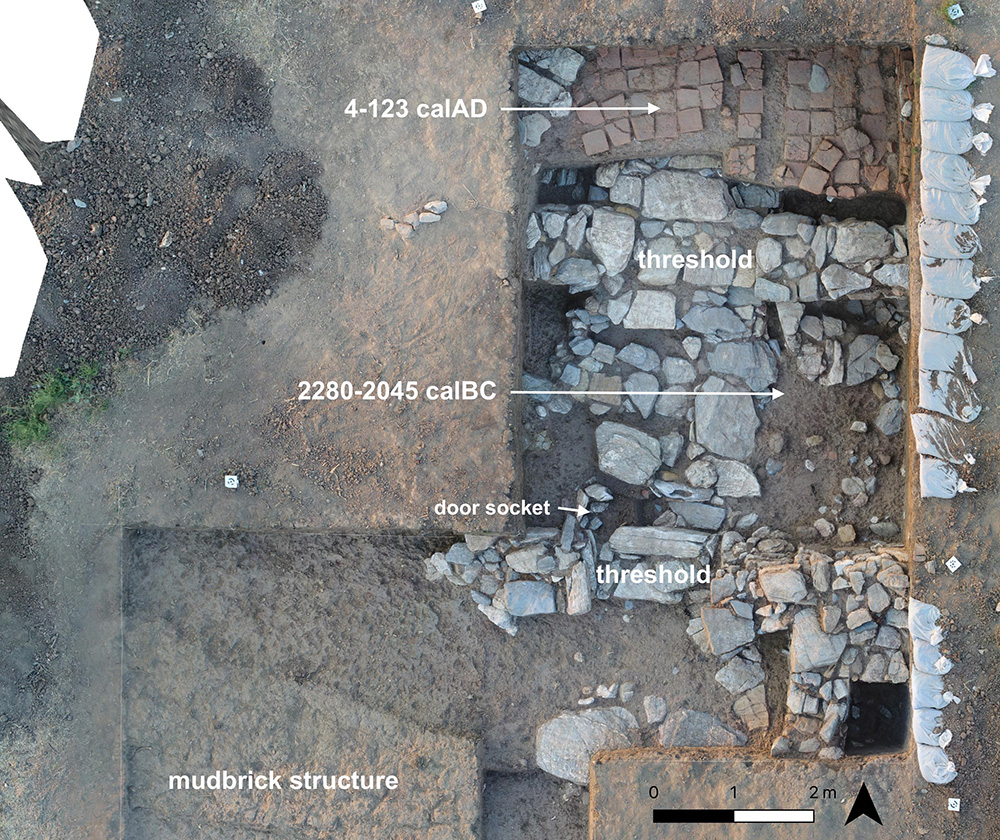 Fig. 7: Orthophoto of the 2019 excavations. The dates reported are the radiocarbon dates obtained from charcoal samples from floors.

The main results of the 2019 season are:

The 2018 and 2019 excavations at Gird-i Rostam have shown the potential of this site for understanding the archaeology of the region. Following the discovery of a monumental gateway in 2019, coupled with the inscribed Neo-Assyrian sherd from the 2018 season, the future archaeological investigations will focus on the excavation of the monumental gateway.

We thank our sponsors: the Gerda Henkel Foundation (64_V_17; 05_V_20), the Rust Family Foundation, LMU Munich and NYU, in particular through the LMU-NYU Academic Partnership programme.