Preliminary report on the 2015 excavation season at Gird-i Bazar 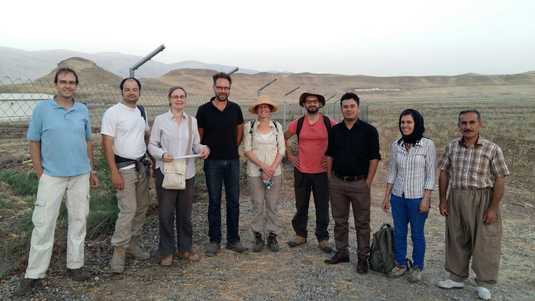 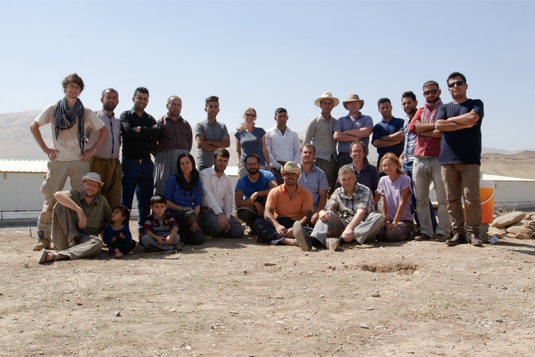 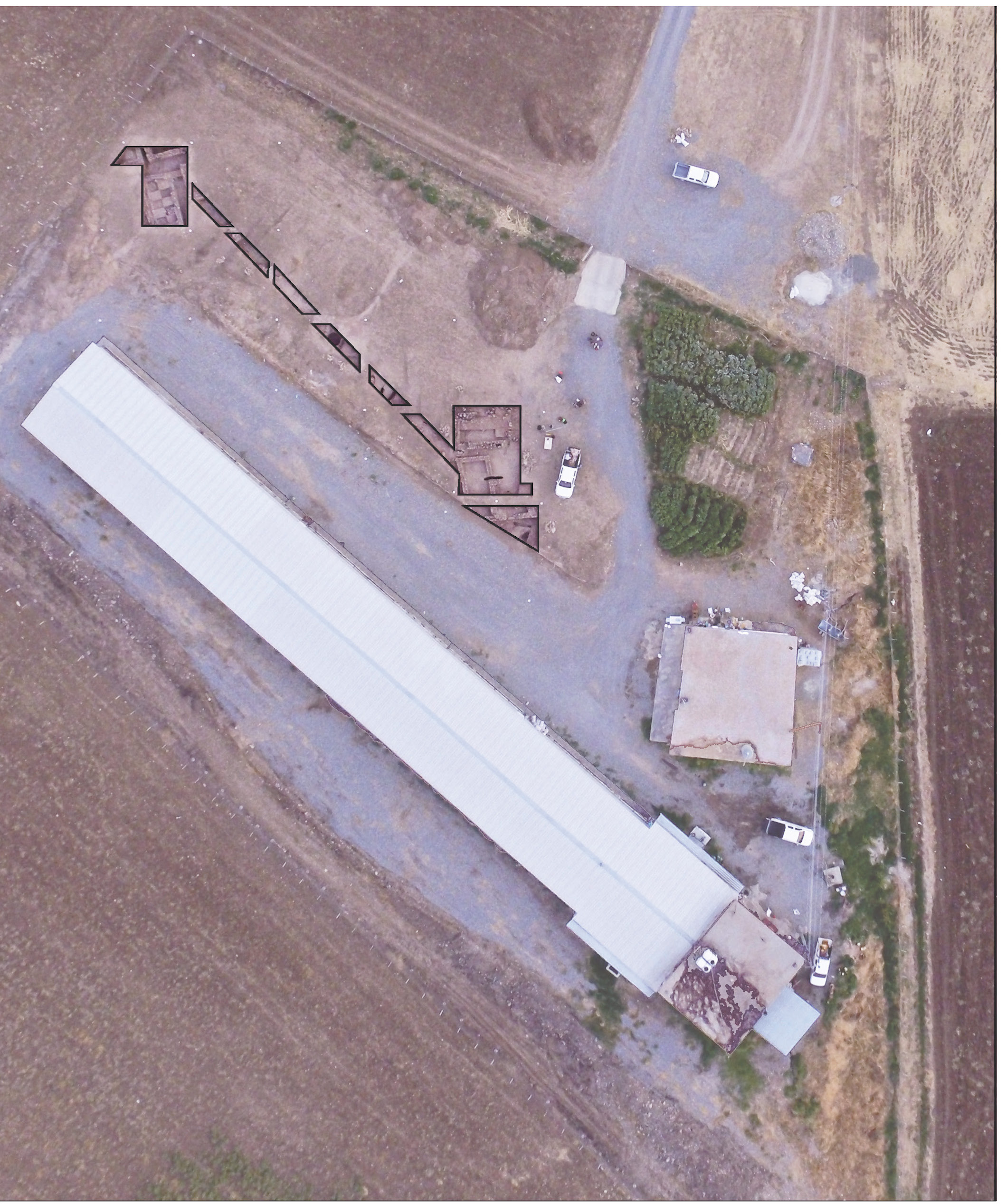 In the eastern part of the mound of Gird-i Bazar, squares 271927 and 271928 and a part of Square 271929 were opened under the supervision of John MacGinnis, as the profile of the section created nearby in the course of the construction of the chicken farm revealed well-preserved floors and walls in this part of the site. In the western part, Square 267931 was opened under the supervision of Peter V. Bartl, as the geophysical results indicated well-preserved architecture here. The longitudinal Connecting Trench between these two areas was opened and its excavation supervised by Adam B. Stone. This trench was designed to connect and better understand the separate excavation areas and to investigate whether similar or noticeably different structures and activities were to be found in between these areas. The Connecting Trench has a width of 1.5 m and runs c. 43 m across six squares (270928, 270929, 269929, 269930, 268930 and 268931). It is aligned in roughly north-western to south-eastern direction, about 3-6 m distant from and more or less parallel with the modern cut through the mound. Moreover, the trench was placed in such a way that it traversed a prominent magnetic anomaly recorded in the geophysical survey, which in turn revealed a kiln. 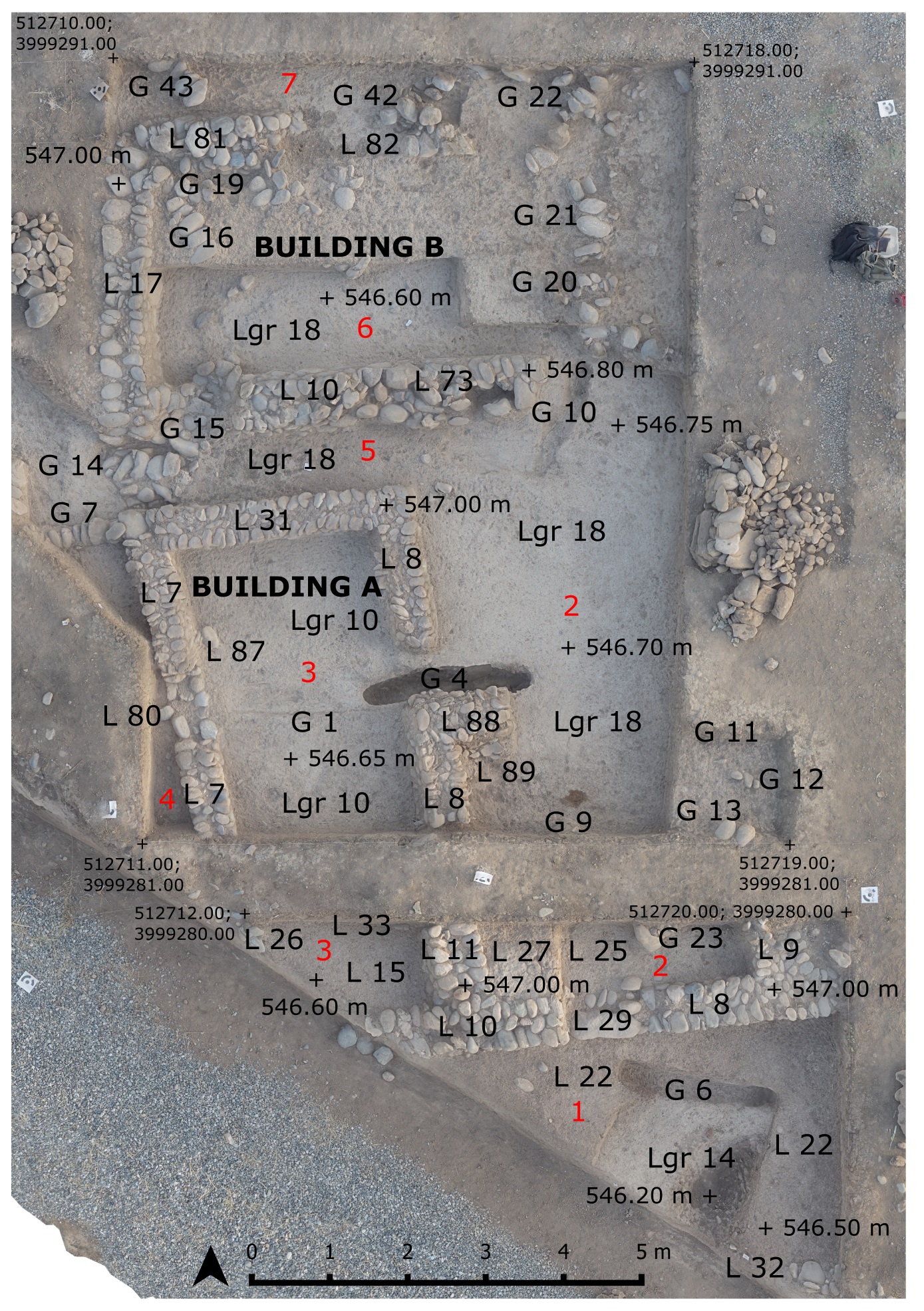 Fig. 2: Orthophoto of the Eastern Trench. Photo by Andrea Squitieri

In Squares 271929, 271928 and 271927 the main phase exposed an assemblage of architecture, which turned out to be a multi-section complex consisting of two single-room buildings, a courtyard, two alleys, an open area and one other architectural unit whose nature is not yet clear (provisionally called “Outdoor Area 7”). The configurations of the walls indicate that the layout of the complex was not planned in one go but developed over time. This architecture subdivides into three distinct units representing three successive constructional phases, all sharing a common floor. These three architectural phases could be distinguished by differing construction features, including the size of the walls, the size of the cobbles used in construction and the orientation of the walls.

Overall the following discrete periods of use can be discerned:
• the main occupational period;
• a period of reuse shortly after the main occupation had ended, as evidenced by a wall (Locus 271928:073) and associated surface(s);
• a period when the ruined remains of the main occupation phase had become the surface of the mound and at some stage accumulated intense scatters of pottery;
• one or several periods when graves were cut into the mound; and finally
• the modern usage period, as evidenced by the drain (Locus 271928:015) and the associated surface.

The Connecting Trench and the Kiln (figure 3)

Two medium scale excavations were to be carried out at Gird-i Bazar, one on the eastern side of the mound and the other on the western side, approximately 50m apart. It was decided to excavate a longitudinal connecting trench between these separate excavations. This Connecting Trench would serve to connect and improve our contextual understanding of these two separate excavations, and to investigate if similar or noticeably different structures and activities were to be found between these areas. The Connecting Trench runs roughly 43 m at an angle across six of the site’s 10x10 m squares, on a roughly NW-SE alignment, about 3-6 m distant from and parallel with the modern cut through the mound, which had provided us with a cross section through the deposits when the chicken farm was constructed. 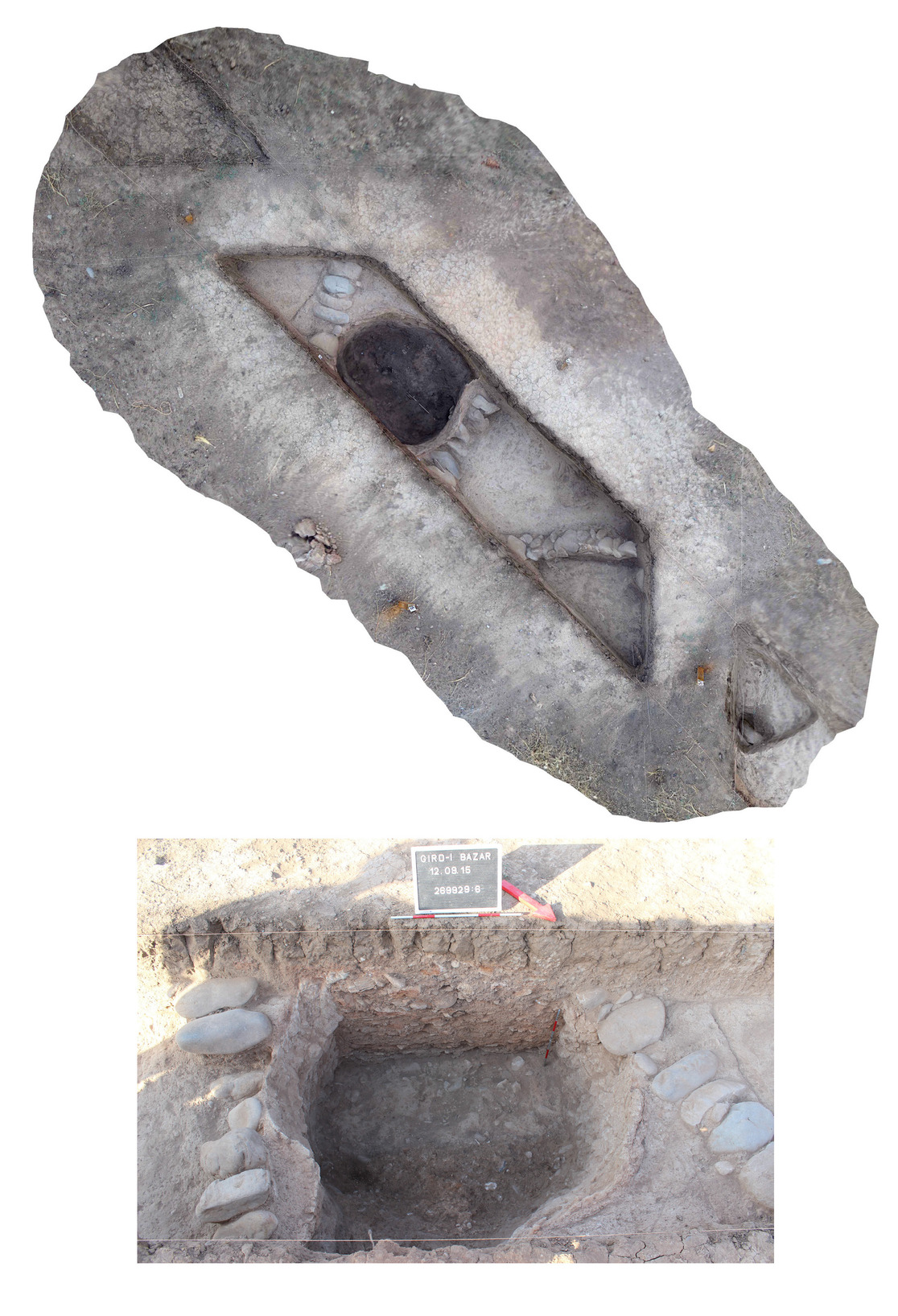 Fig. 3: Top: Orthophoto of square 269929 where the kiln was found; bottom: detail of the kiln. Photo by Andrea Squitieri

The Connecting Trench has served its purpose well. It is very clear that between the two areas of medium-sized excavation to the east and west of the mound, there was an area of very different archaeology. Squares 268930 and 268931 demonstrate a continuity of occupation and building as seen in Square 267931, with the architecture of these squares directly connected. Moving east, however, we are left with the seemingly blank area of the mound, only broken by the kiln in Square 269929, and then pitted by later graves. The clay lining of the kiln (Locus 269929:006), which was c. 5-10 cm thick in places, was burnt red on the outside and vitrified to an extremely hard white on the inside. The clay lining of the kiln was well preserved for most of the height of the structure, with a similar lining visible in places on the base; but elsewhere this base had deteriorated, and the underlying virgin soil was visible. In the section of the trench, the uppermost 40 cm of the kiln, which had been very difficult to define, was partially discernible, and a much damaged and somewhat collapsed arched roof made of similar material to the rest of the lining was identified. In plan, the walls of the kiln were very steep, almost vertical, except at the very base and in the east, where there was a clear undercutting, forming a bell shape on this side. In the south, the form of the kiln both narrowed and became much shallower, perhaps suggesting the location of a raking pit or entrance to the kiln just to the south of the trench

Moving west through the Connecting Trench, it is not until we reach the eastern end of Square 270938 that we have any indications of surfaces, or even occupation material. It is a further 10 m before we find the first structural wall located at the eastern end of Square 268928; we are now only 1 m away from the larger scale excavations with their substantial architectural discoveries. 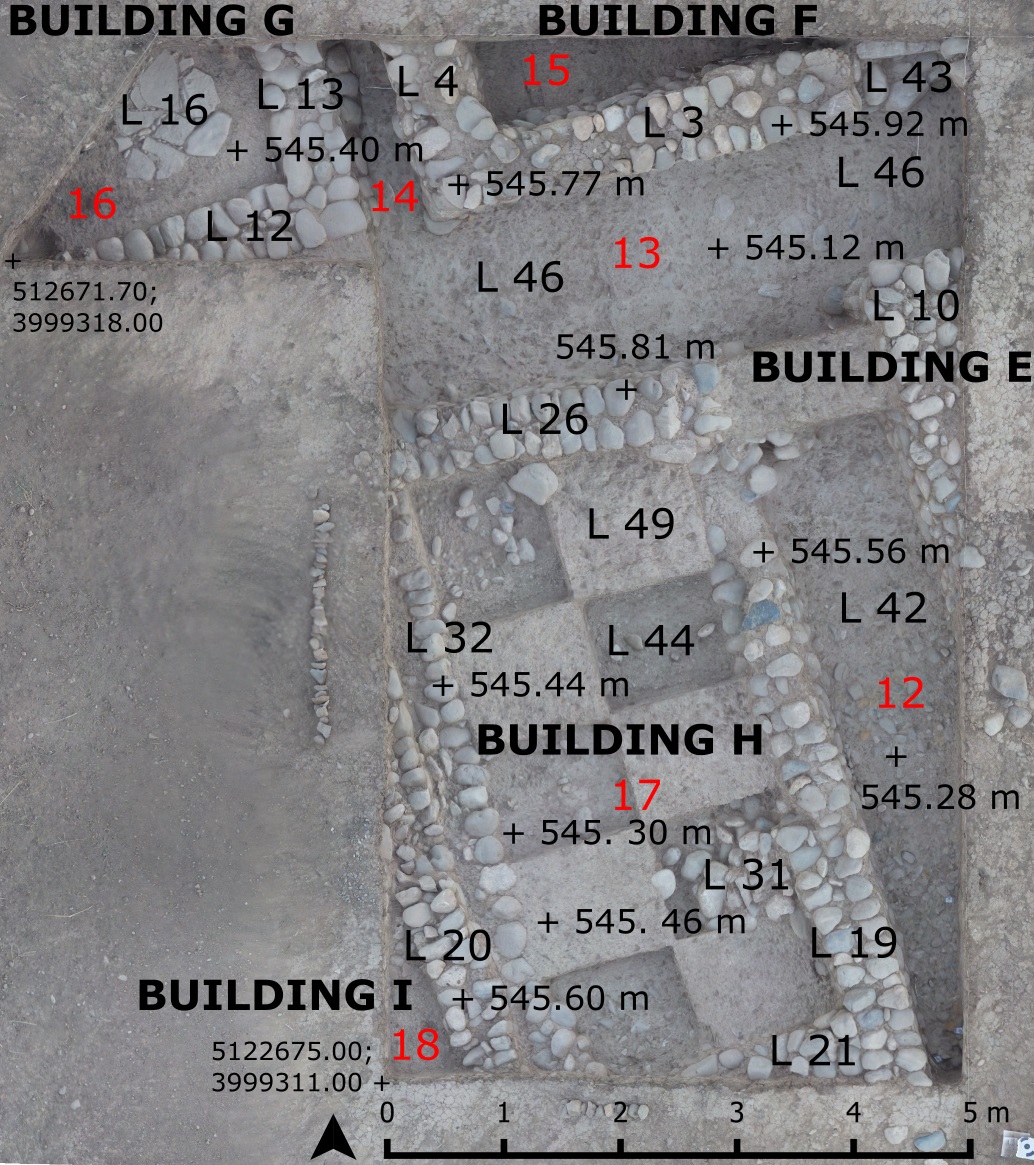 Fig. 4: Orthophoto of the Western Trench. Photo by Andrea Squitieri

The general aim of the excavation in the western trench was to understand the layout of the architecture and the occupational sequence on the western edge of the settlement area where the magnetometer survey had revealed promising structural remains worthy of investigation: a regular layout with parallel walls oriented along a north-north-west axis, with several narrow rooms or alleys lining larger and originally roofed areas. Additionally, some stonewall remains were visible on the surface of Square 267931 and in its vicinity, confirming the general impression given by the geophysical survey. The western limit of the area available for excavation is defined by the fence surrounding the farm, which causes Square 267931 to be cut at its north-western edge. The excavation of this trench revealed structures belonging to five partially excavated buildings (E, F, G, H, I), which seem to be single-room buildings, separated by three alleyways (12, 13, 14). An interesting installation was found in the north-west corner of the trench, in room 16. 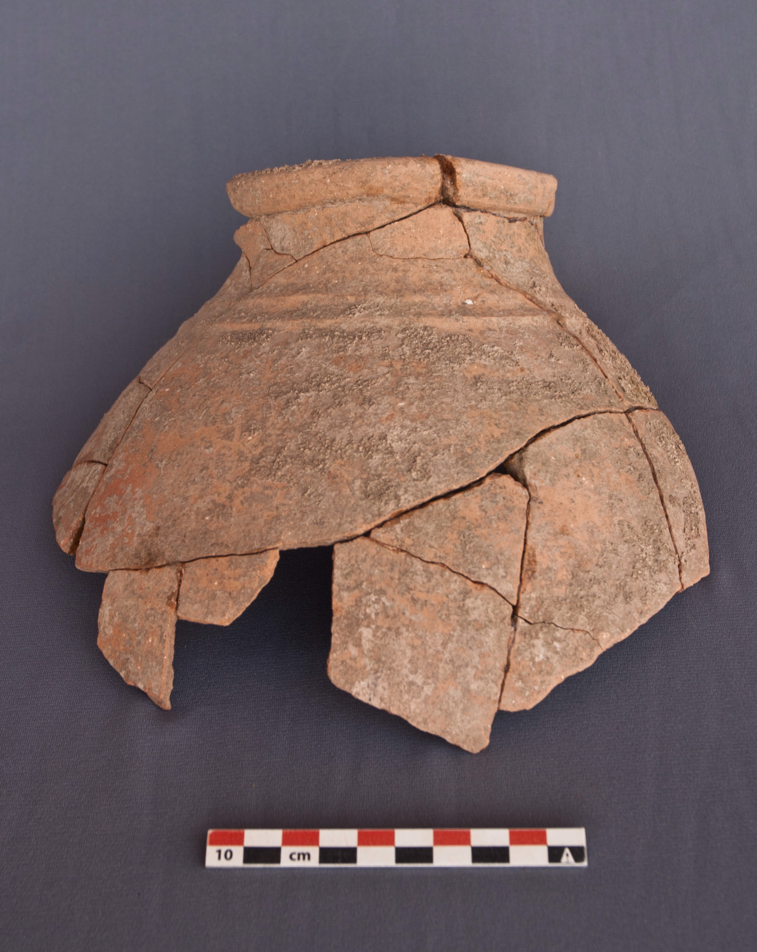 The 2015 excavation season brought to light about 600 diagnostic sherds from a variety of hemispheric bowls, carinated bowls, plates, jars and pots. After a macroscopic and provisional analysis of the fabrics, 5 fabric groups have been identified, from very coarse ware to fine ware. Future thin section analyses will be carried out to better define the fabric groupings. Overall, the ceramic repertoire from Gird-i Bazar shows similarities with pottery from both North Mesopotamia and West Iran, while retaining an evident local character. Some fashioning techniques, such as the burnishing method, are closely comparable to techniques attested in the Western Iranian materials, while the morphological types parallel the Assyrian shapes. Gird-i Bazar pottery seems to be in an “in-between” situation, and this is very fitting for the location of the Dinka settlement complex in the Border March of the Palace Herald, whose function in the Assyrian Empire was to broker contacts with the polities adjoining to the east. 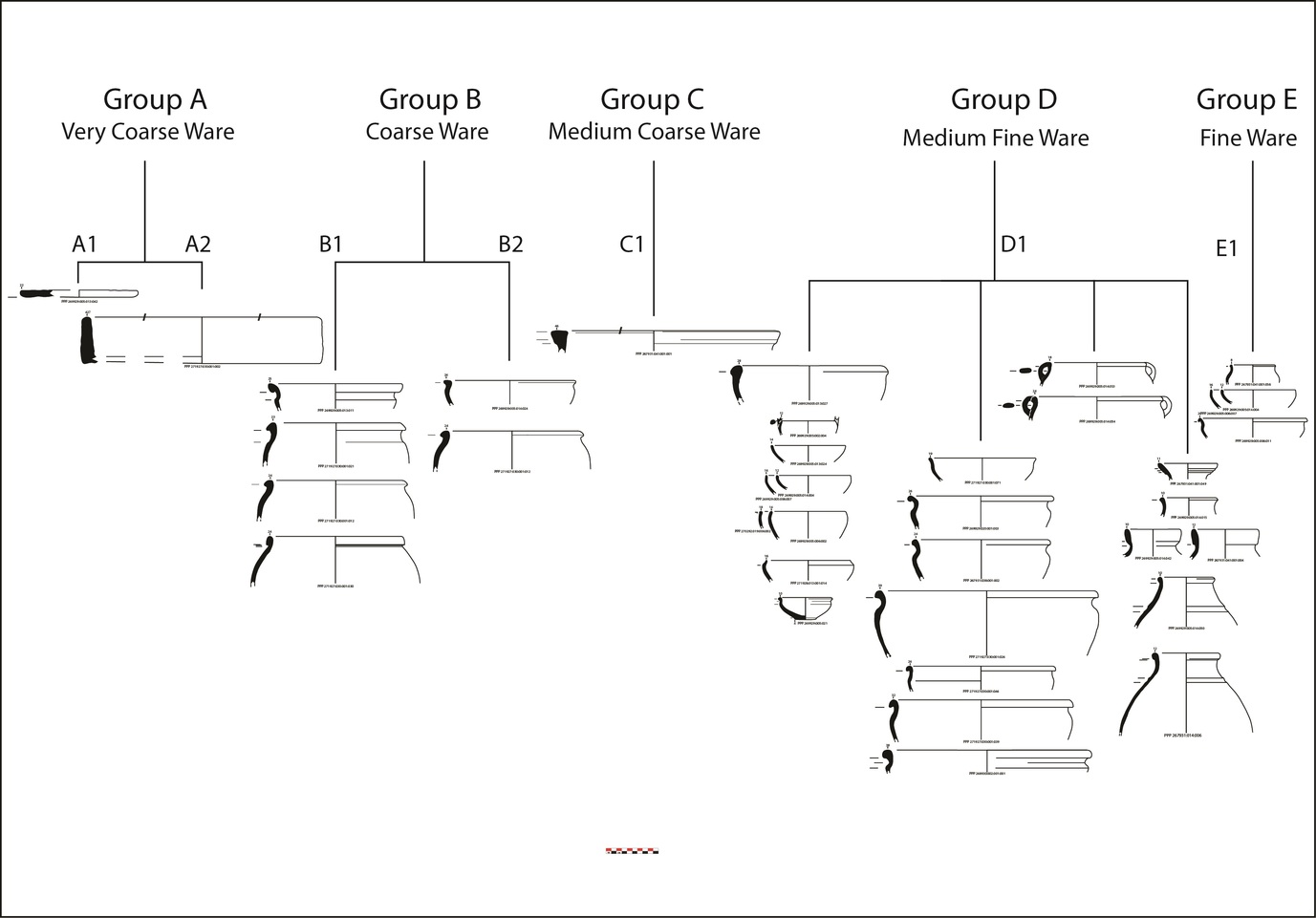 Assuming that (some of) the pottery was made in Gird-i Bazar, the site’s location in a permeable border area and along the main route across the Zagros mountain range provides a setting that enables the exchanging and adopting of features of pottery-making from east and west. Further study of the pottery material, especially the chaînes opératoires, will undoubtedly produce deeper insights into the cultural traditions and relationships of the people of Gird-i Bazar and in the wider south-western Kurdish region within the Assyrian Empire. 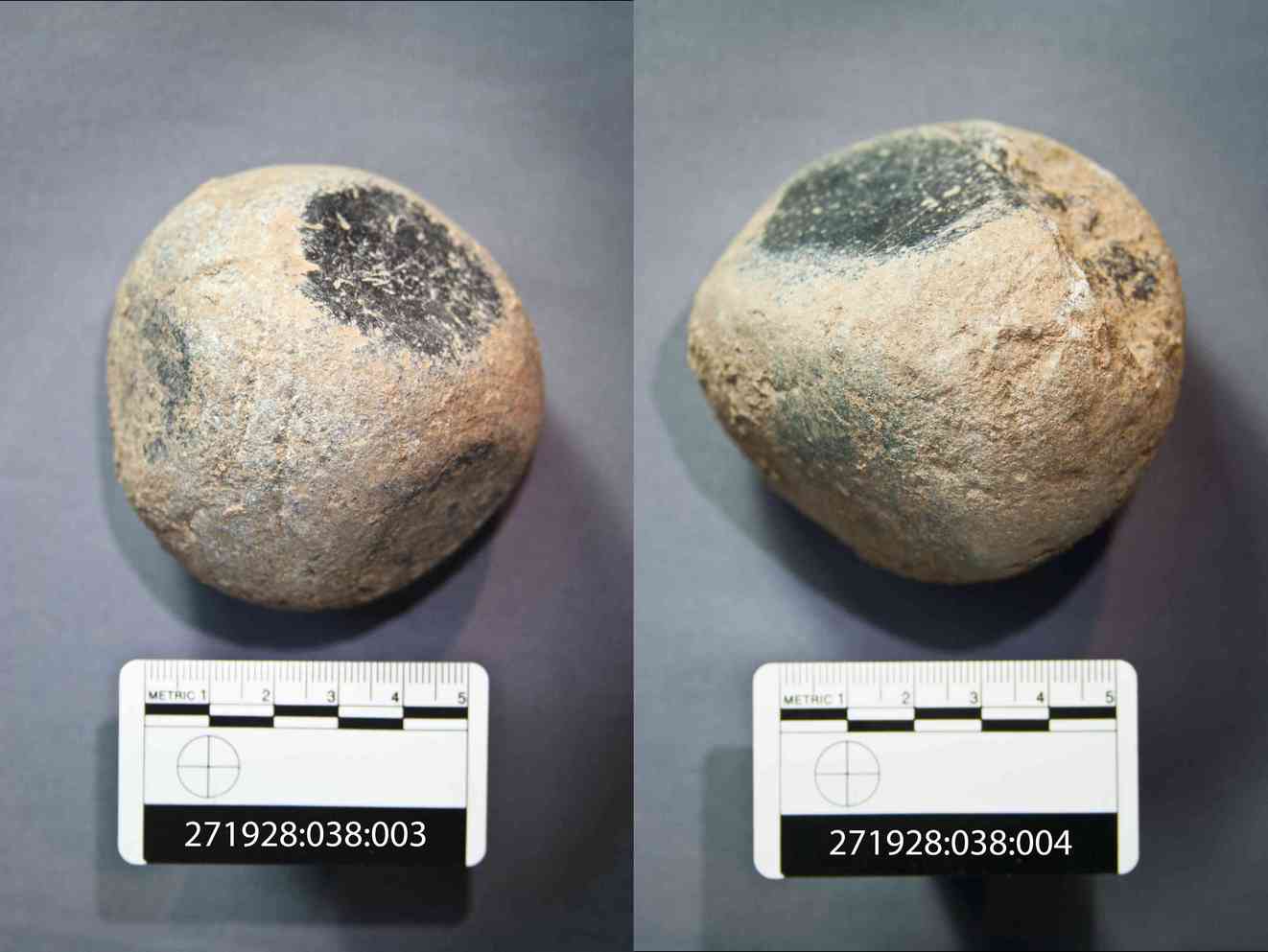 During the first season of excavations in Gird-i Bazar a total of 48 artefacts of special interest were registered as small finds and 14 of these were deposited with the Sulaymaniyah Archaeological Museum. Though relatively few in number, the artefacts given small find status comprise a wide array of artefact types including metal objects (fragmentary and complete), a clay figurine, worked stone objects that are most likely tools and jewelry and a baked brick. Generally speaking, the small finds from the 2015 excavations at Gird-i Bazar represent an assemblage of small, somewhat humble objects that seem to be predominantly non-elite in nature. Moreover, there is no strong indication of a military presence. Particularly striking is the absence of large ground stone tools, such as querns and large mortars, from the floor surfaces, since these tools are very often associated with domestic contexts involved in food production activities. The absence of such tools at Gird-i Bazar, coupled with the scarcity of animal bones found on the floor levels (see Radner et al. 2016: 79), may suggest that food was processed outside the buildings and portions of buildings excavated in the 2015 season, and that other areas of the site (indoor and/or outdoor) were dedicated to this activity. Alternatively, one could suggest that, when the site was abandoned, large ground stone tools were removed or discarded. Melissa Rosenzweig’s future analysis of micro- and macro-plant remains from the floor levels should improve our understanding of the dynamics of food processing and consumption within the buildings of Gird-i Bazar.